Trading essential oils and aromatic raw materials for industrial use

Rolf Schneider Handelsgesellschaft is a family-owned company and can proudly look back on a long tradition of trading essential oils, oleoresins, aromachemicals and other aromatic raw materials.

The company was founded in 1921 by the grandfather of Rolf Schneider, today’s director of Rolf Schneider Handelsgesellschaft mbH, as an agency of the prestigious French company Schmoller & Bompard, Grasse, and an important German fragrance chemical producer.

The name of the company was changed from Gustav Schneider to Rolf Schneider Handelsgesellschaft mbH in 1991.

Since 1921 the company has been located in Bad Homburg. The company site in central Germany, close to the Frankfurt-Main Airport, allows us to arrange quick and smooth settlement of our import and export activities.

In January 2017 Ms Stefanie Schmidt joined the management of the company.

To celebrate our 100th company anniversary, we have some exciting news to share: We have launched gustavsessenzen.de, where a capsule of our most liked products can also be easily purchased online for smaller commercial and private needs.

Since 1967, the area of activity has been enlarged considerably.

In addition to a number of agency agreements made with suppliers of European and non-European countries, the direct and worldwide contact to producers and suppliers promoted the advancement and growth of Rolf Schneider Handelsgesellschaft.

These long-standing business relationships and extensive experience in trading essential oils and oleoresins enable us to satisfy even the most demanding customer requests to your full satisfaction.

In search of something special? Are you looking for a particular raw material or essential oil?
Please contact us. We will try to obtain the material for you.

At gustavsessenzen.de, you will be able to purchase a capsule of the most liked products of our product range for smaller commercial and private needs. 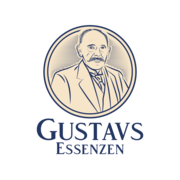 Are you seeking a special quality of product which is usually purchased and used by your company and do you wish to change your supplier for this product? Please send us a sample of your standard quality (target) – we will find a matching quality with one of our suppliers.

Some of the essential oils and raw materials we offer are available for prompt delivery ex stock Bad Homburg. Further you may obtain the grades/qualities of product which you approved, directly from our warehouse, after purchasing the products on a contract basis. We will hold the materials in stock for you, and guarantee prompt delivery upon receipt of your instructions to ship the product to you.

Quality control and quality assurance are performed by our producers and suppliers. If necessary, it is possible to arrange tests with recognized German external labs.

The essential oils delivered by Rolf Schneider Handelsgesellschaft mbH are 100% pure and natural (= 100% of the name-giving plant or raw material). On request, we offer natural levels of quality or other commercial levels of quality in line with your standard level of quality.

In search of something special?